Today was the hard launch of The King’s Dominion.  We kicked off with a strong showing of 21 PAX, including a crew from Carpex!  Swamp addressed the group about the goal of the new site being focused on encouraging variety and inclusivity in every form.  Coupons, exercises, EC options, religion, and ethnicity.

YHC then talked a little bit about how his second favorite roller coaster at The Kings Dominion was The Grizzly, a 3,180 ft ride that was built on a framework consisting almost entirely of wood.  In recognition of all the wood involved, YHC led the group after warm ups to the site’s newest coupons, a pile of 6’6″ logs roughly 200-400 pounds each depending on which on you picked up.  We used these logs for the first half of the main event.

Afterwards, Swamp mozied the PAX through what we are dubbing the I-95 Corridor to the bone yard for some Dora work using metal plates as coupons. 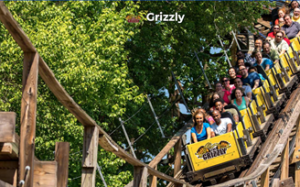 YHC split the group of 21 PAX into 3 teams of 7.  3 PAX for each team had to select a log and carry it to the opposite end of the parking lot, .3 miles away.  As the PAX under the log made their way, those not under the log had to run to the other end of the parking lot and do Merkins until their team showed up.  That was about 40 Merkins in one go.  We then swapped team members and everyone ran down if  you weren’t under a log and did the same until their team’s log showed up.

Next, we laid the logs next to each other and had two men stay with the log and split the rest of the group between 3 islands in the parking lot.  The goal was to Bear Crawl Roll the logs up to the last island and swap PAX at every island.  Each island had a single exercise you performed until it was your turn to roll the log.  Island 1 – Squats, Island 2 – Merkins, Island 3 – WWII.

Hat tip to the PAX who assisted with getting the logs out to The Kings Dominion (Outbreak, Count Chocula, Knope, and Swamp) 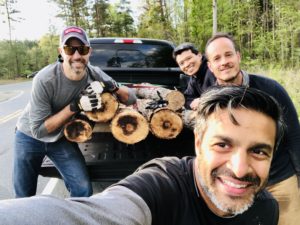 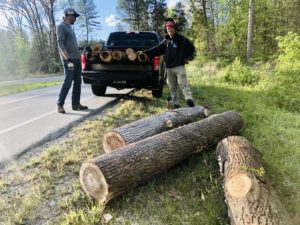 Swamp lead the PAX to the other side of the site into what we call the Bone Yard where there is a pile of granite and metal plates used in construction.  We performed the following exercises within the Dora

Afterwards Swamp led the PAX back to StartEX for COT

Swamp announced the F-OFF race and his Birthday Q at TBL on Saturday.  Cosmo announced his M being accepted to graduate school with a full ride through scholarships and grants awarded to her.  He also asked for prayers to keep his grandparents in mind as they struggle with old age and depression.  Jellystone asked for continued prayers as he moves through the interview process at The Triangle Land Conservancy.  Cosmo stepped forward to take us all out and coffeeteria followed attended by Swamp and Fiddlestick 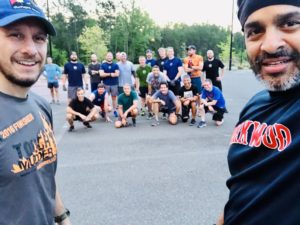