Today is my birthday – so I’ll be saying “43” during name-o-rama for a while. Originally I didn’t have plans to Q this week. Not because I was opposed to it – but I looked at the Q sheets and they were all full so I thought  “Cool”. Last week I casually mentioned that I […]

My goal this morning was to keep us moving the entire time while minding the form of our 3 Form Week exercises. While each man is responsible for his form, the Q holds some responsibility for all the PAX’s form. For this reason, PAX rotated counting the exercises simple called Form Focus the rest of […]

15 PAX relearned the lesson that burning the candle at both ends has consequences.  Fresh off a nighttime half-marathon ruck on the eve of my Q.  A few short hours of restless sleep under YHC’s belt.  And a hazy plan loosely related to Bump Draft’s required theme:  “The Government is Your Friend.”  Like a government […]

5 for pick-your-poison blocks and hose EC.  Despite so many Paradise faithful quarantining/fartsacking, there was an impressive group of PAX assembled, many that do not ordinarily attend Paradise, which was great to see. Today is YHC’s 40th birthday, so he thought he would celebrate in style with a simple beatdown.  Your BB soundtrack (the first […]

It was one of those mornings. My alarm woke me where as typical awake just before it goes off. I turned it off and remained in bed another 5 mins. I hobbled downstairs. I’m kind like Yoda in the prequels when he gimps around with a cane grunting, then somehow starts jumping around to battle […]

Late Show with Spooky and Vice 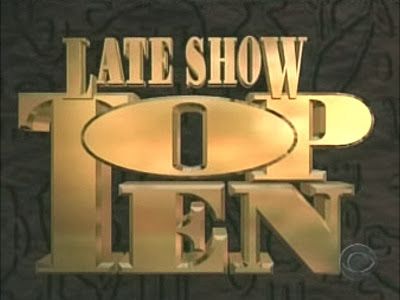 F3 Paradise moved to the Late Show timeslot due to freezing rain and ice that was forecasted to start at 1am. Vice wanted to ensure he didn’t lose a bet to Maraschino which would result in one of them jumping into chilly Jordan Lake in early March.  Therefore, Vice came up with the idea of […]

Today is my last day being 46 years old. I am still surprised by how much I learn on any given day, especially considering I knew everything by my 10th birthday! This morning taught me a couple valuable lessons I’d like to share. Lesson Learned It’s not all about me(you)–even on my(your) birthday. Some people […]

Snow on the ground.  32 degrees at 0500.  14 PAX strong.  6 for EC.  This is paradise. EC was led by local bad boy, Vice, who worked on his spelling and led the PAX in some stuff with blocks.  Lots of mumblechatter and visualizations of Vice.  Highly motivating. Quicken was supposed to have the Q, […]

After 10 PAX put in some solid work in the 0500 EC, Lotus had to jet for the 0530 ME (had to make a call to Europe or something important sounding…thought this was a good random title that meant nothing to today’s workout). YHC was thrilled to meet a few new PAX this morning and […]