YHC arrived early to find Gordo stretching and Botched/Soybean coming in from a 5k EC run.  We joked about the recovery burpees towards the end after being pretty gassed on those sequences.  Good work by all today! WARM UP: SSH x 37 10 IC Merkins WMH x 10 IW x 10 Arm Circles   Mosey […]

Exercising our right to Vote

There was an open spot on the Falcon Q Sheet a few weeks back, and YHC jumped on it.  YHC had a desire to focus on F3 this week and was committed to hit up 5 AOs this week.  Finished off the week with the friendly confines of the Falcon Extra Credit Man Makers with […]

Getting Reacquainted with Forest Hills

YHC hadn’t been to The Big Dance in 2020…Saw the Q Sheet was open and grabbed it.  Having moved ostensibly further from TBD, driving a new way, YHC got there in plenty of time for the 5:30 a.m. start…and then no one else was there.  Waited a few minutes…was it something YHC said on slack?  […]

Enjoying some Peanuts at the Field of Dreams

Covid-19 and the Corona virus have come back to become a front of mind concern – again locally as it continues spread amongst some of our PAX as well as nationally as it rips through our White House and  our Nation’s Executive Branch. T-Claps to Cosmo, who was originally signed up to lead this Q.  […]

Steel – A Most Valuable Asset

The rain paused and left a humid morning that was just right for 7 PAX to knock out a 5K EC and 19 to tackle YHC’s main event party featuring nothing but steel.  The mix of PAX was just right from 5 year veterans to rookies 1 month in.  All showing up to get better. […]

When the mid-week message was posted that the Q was open YHC jumped on it to close out the bookend Q for the week.  Kick off Q Monday at Devils Ridge and close out Friday Q at the gritty Falcon.  It doesn’t get much better. 6 mighty PAX knocked out MMEC and then 23 […]

YHC and Wakanda had a goal to watch every Star Wars movie this summer – and we did it! The day before school started, we finished Rise of Skywalker to cap off our force-filled break this past Tuesday. With that content top of mind, we decided to make Star Wars the theme for our upcoming […]

Billy Madison Goes Back to School 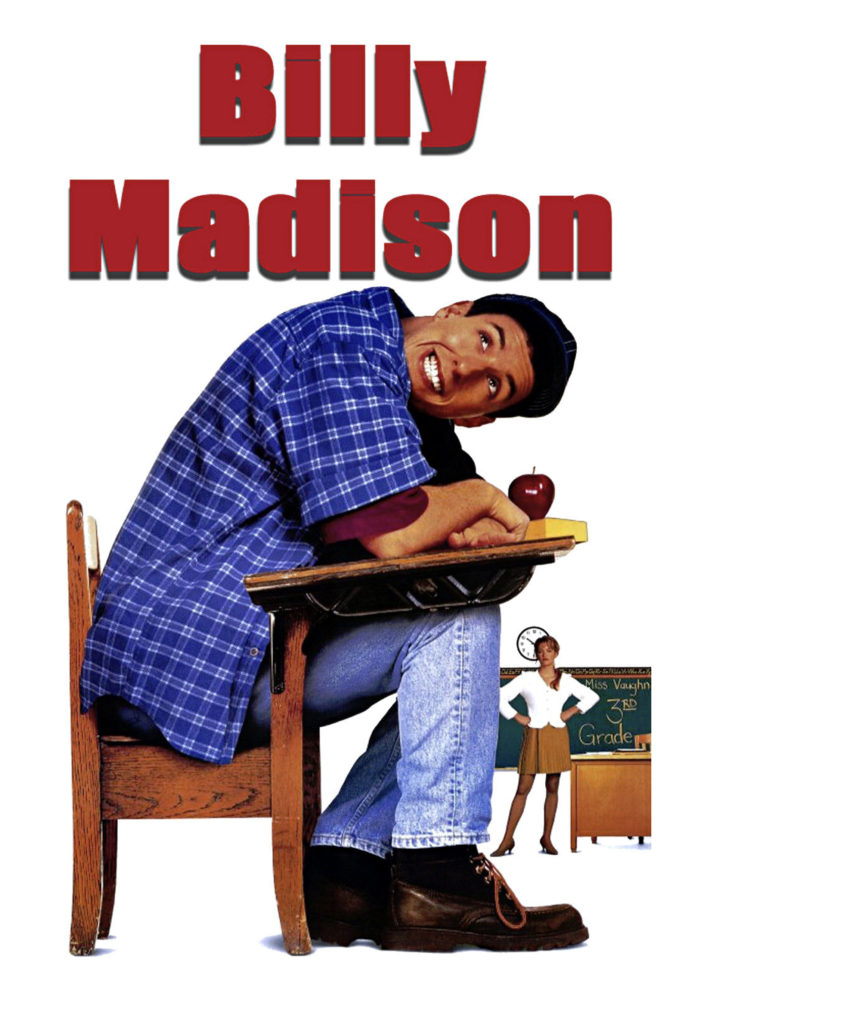 This week students, educators, and staff are heading back to school in a manner none could have predicted. This may be the most  bizarre start to a school year since 1995 when a childish and spoiled 27-year-old heir to a Fortune 500 company had to complete all 12 grades in two-week intervals to prove he […]

To YHC, Monday’s are critical transition days and it’s important to transition in the best and strongest way possible.  YHC believes in kicking the week of right.  In prepping for today’s Q the focus behind the planning was to come up with something that when announced would raise doubt of achieving but once under way […]

Burpees on the bumps

8 PAX assembled for some movement and work at Riverside High School.  YHC has not Q’ed in a while, so I was happy to take the helm.  Fun was had by all.   Warmup SSH x 37 as PAX assembled 5 penalty burpees b/c Shake It’s M parked in front of him WMH x 10 […]